Home THE SUB SECTORS IN FIGURES

THE SUB-SECTORS IN FIGURES

Tunisia is among the Top 3 – 5 in Africa in terms of scientific publications. If we compare it to the respective populations of the African countries, Tunisia is therefore considered as the 1st on the continent in all categories. Here is an overview of Tunisia’s positioning by scientific sectors related to Health: 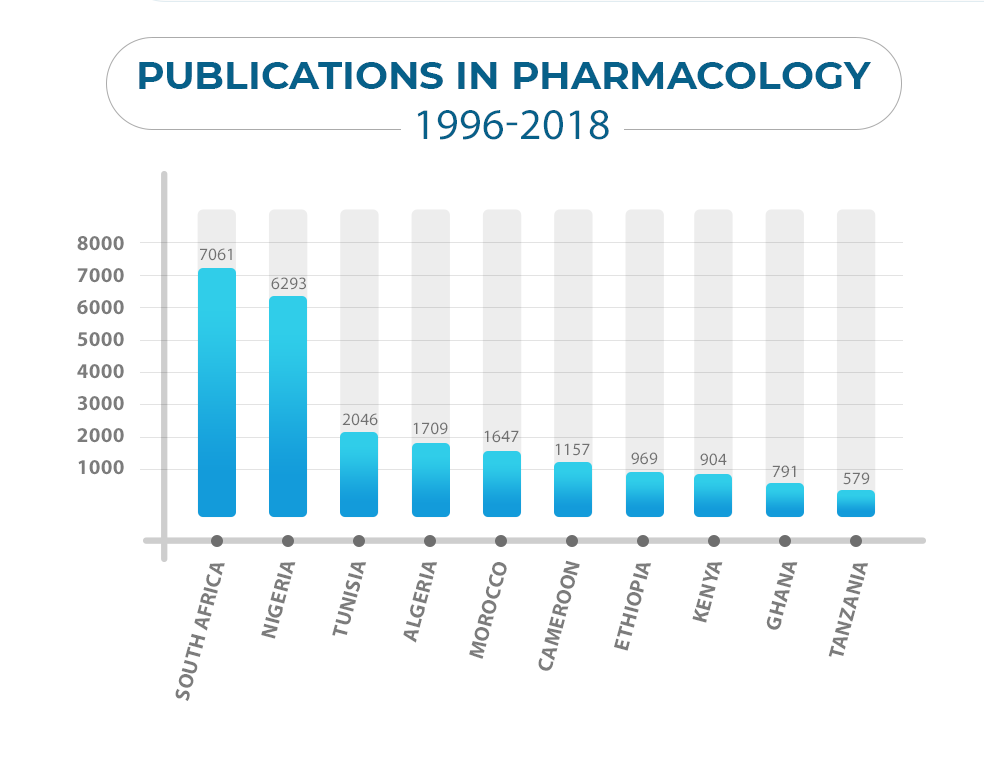 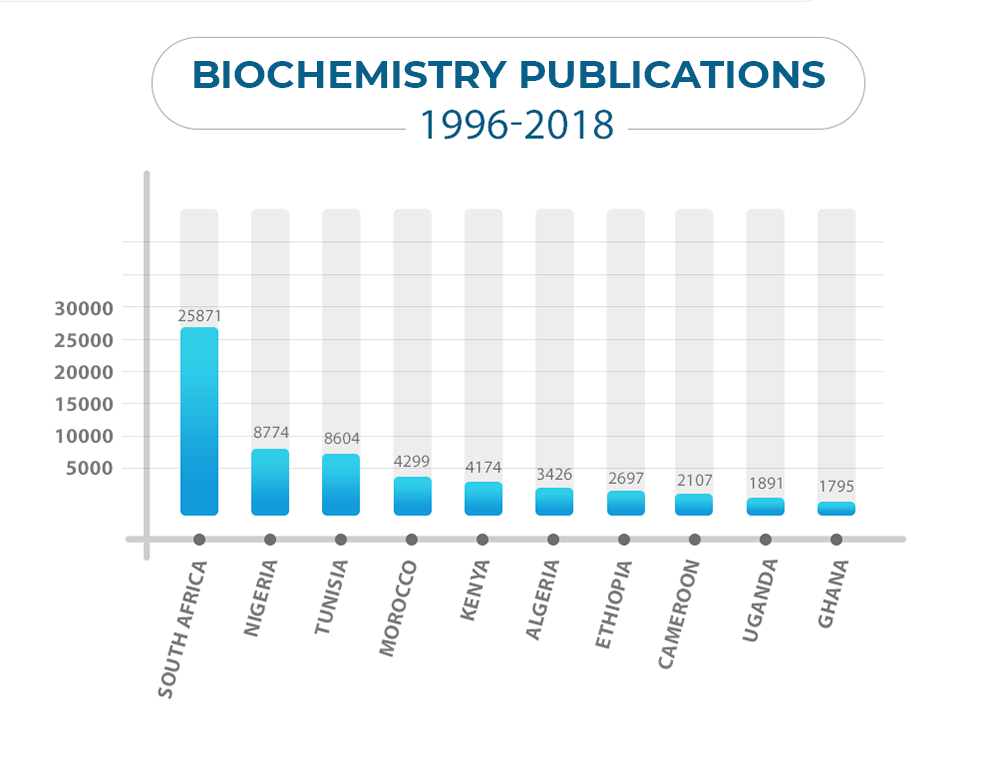 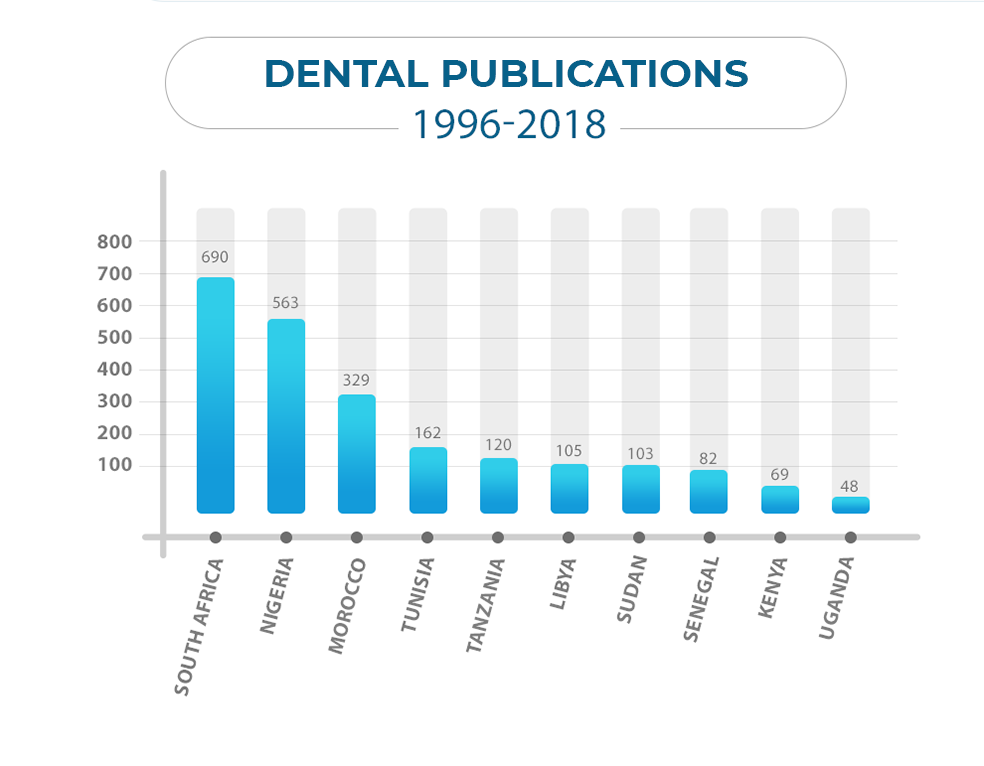 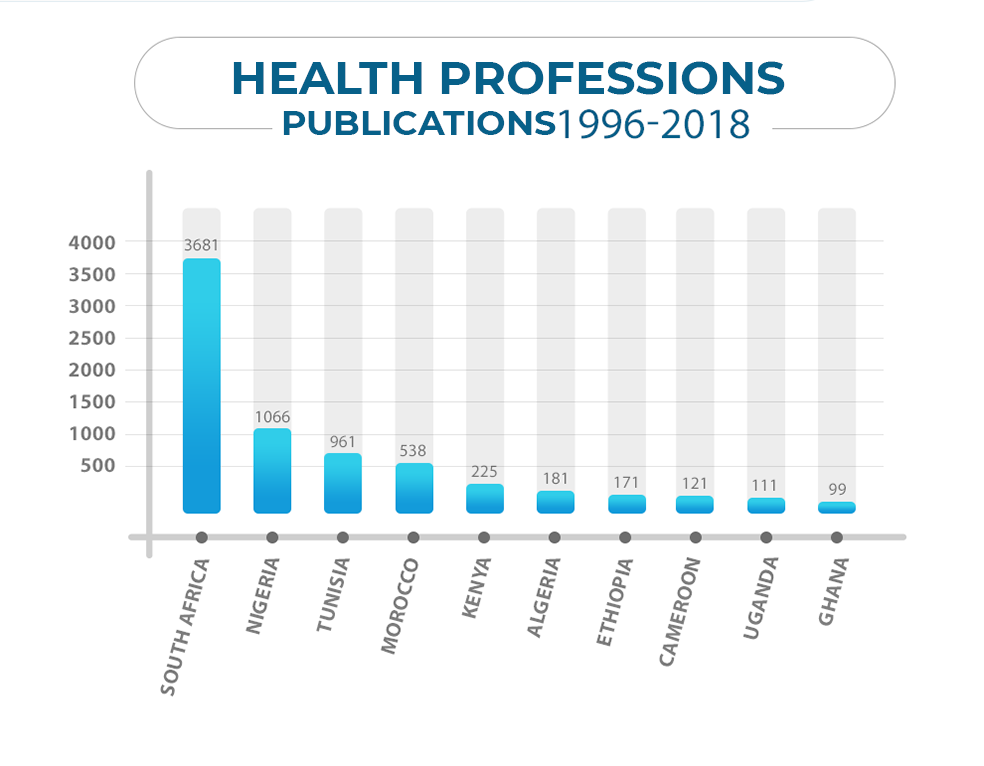 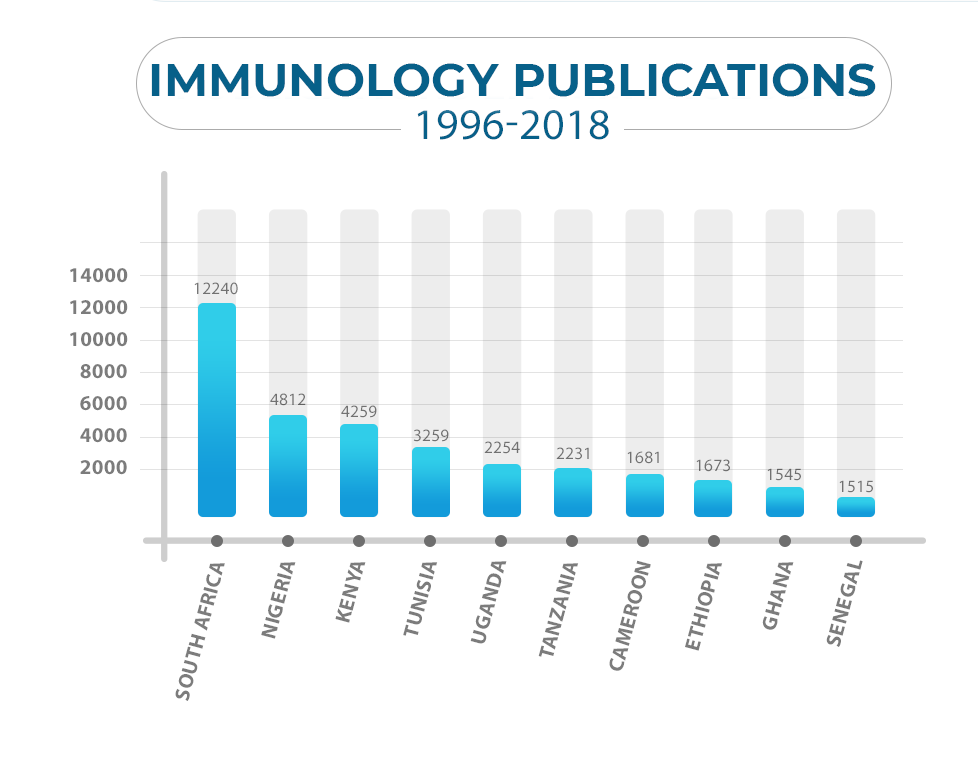 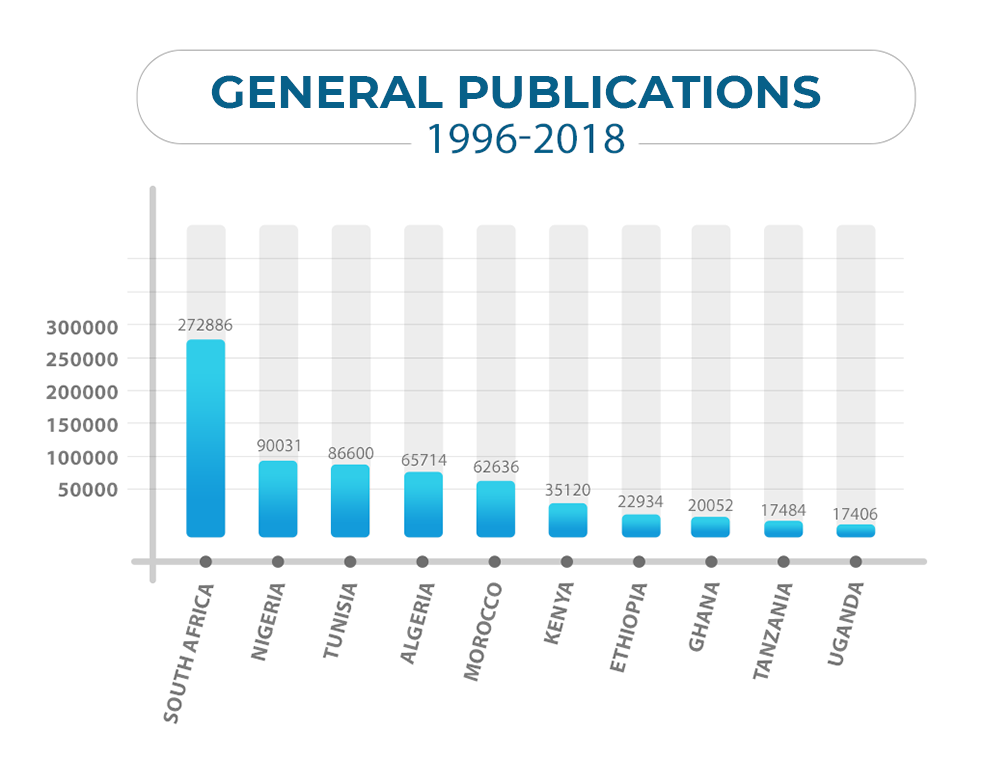 This document was developed from several sources:
Inaugural conference  given by Dr. Amor Chadli during the works of the the Franco-Tunisian Meeting of the National Academy of Medicine of France, Tunis, October 21, 2010.
BIAT’s Sector Analysis sur le secteur Pharmaceutique  on the Pharmaceutical sector
Data from the World Health Organization  OMS
Data from the Tunisian Ministry of Health
CNIP Presentation: Pharmaceutical Industry Figures 2018https://www.scimagojr.com
https://ourworldindata.org/health-meta

THE ESTABLISHMENT OF THE TUNISIAN PHARMACEUTICAL SYSTEM (1960-1990):

THE ESTABLISHMENT OF THE TUNISIAN PHARMACEUTICAL SYSTEM (1960-1990):
In the post independence years, the pharmaceutical industry passed from the hands of French pharmacists to Tunisians, especially in the positions of responsibility in the sector (the Pharmacy Inspectorate at the Central Pharmacy of the Hospitals of Tunisia) as well as in the hospital and officinal environments. From 1957, the departure of pharmacists and representatives of foreign laboratories who were responsible for importing and distributing medicines in Tunisia, led to the definition of new responsibilities of the Central Pharmacy of Tunisia (PCT). This latter becomes from then on, in charge of opening medicine depots called “pharmaceutical agencies” in the cities and localities without pharmacies and to ensure the importation of medicines. The decree-law n° 61-2 of January 16, 1961 defines the PCT as being “monopolizing the importation of all the foreign pharmaceutical specialities, not represented in Tunisia at the date of the publication of the present decree-law, as well as the representation of the products which it could obtain thereafter”.

In the pharmaceutical sector in recent years:

Tunisia is one of the first countries on the African continent to have a pharmaceutical industry. The first pharmaceutical industry to set up in the market was in 1985 by Pharmagreb, a founding member of Tunisia Health Alliance. From the beginning of the 90s, the establishment of incentives and an adequate legal and regulatory framework, have encouraged the privatization of the sector and its development. The coverage of market needs in medicines of local production,thus has increased from 14% in 1990 to 49% in 2013.

The establishment of a regulatory and legal framework has allowed the setting up of a National System of Quality Assurance of Medicines meeting international standards. The Tunisian pharmaceutical market is divided into two segments: *A hospital sector marked by the predominance of drugs produced in Tunisia and whose distribution to public structures is exclusively provided by the Central Pharmacy. *A pharmacy sector whose distribution is monopolized by the Central Pharmacy of Tunisia only at the level of imported products and only at the level of distribution to wholesalers. The pharmaceutical industry is characterized by significant growth prospects. It is an expanding market due to the growing need for better living, improved access to care, the emergence of new and more complex diseases, new therapeutic approaches and the increase in life expectancy, which is creating new medical needs for a growing segment of the population.

THE PHARMACEUTICAL SECTOR IN THE PRESENT DAY : 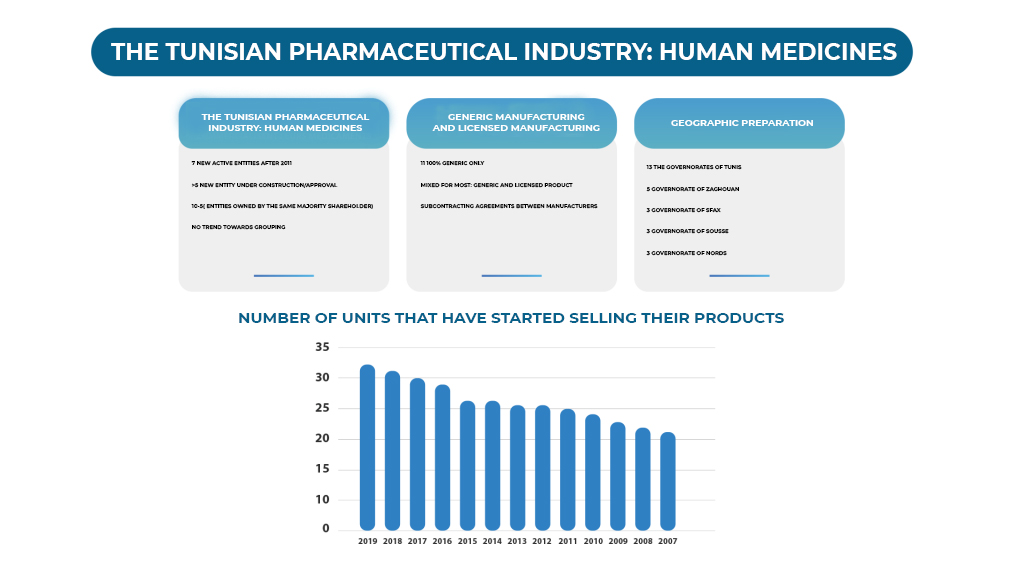 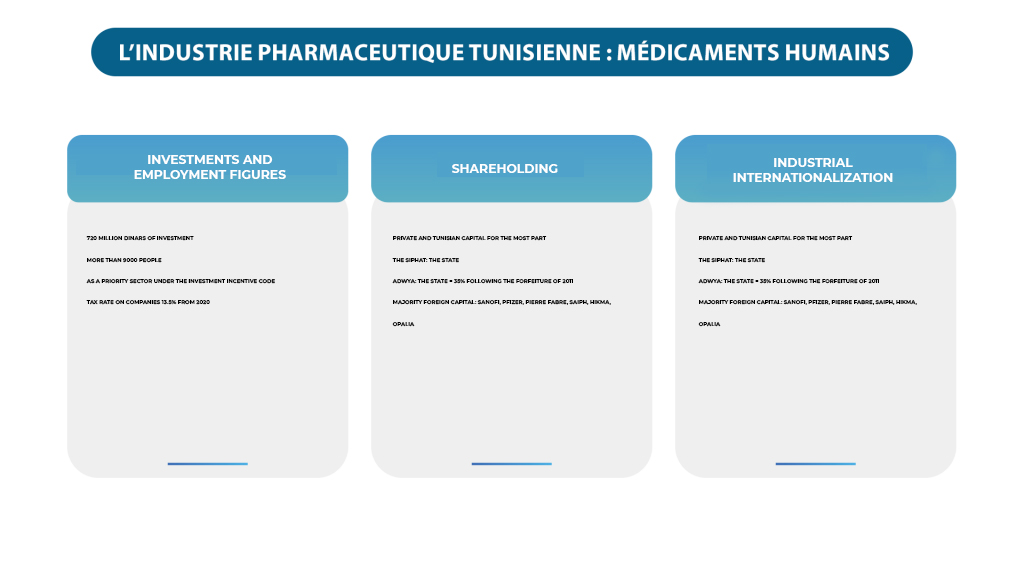 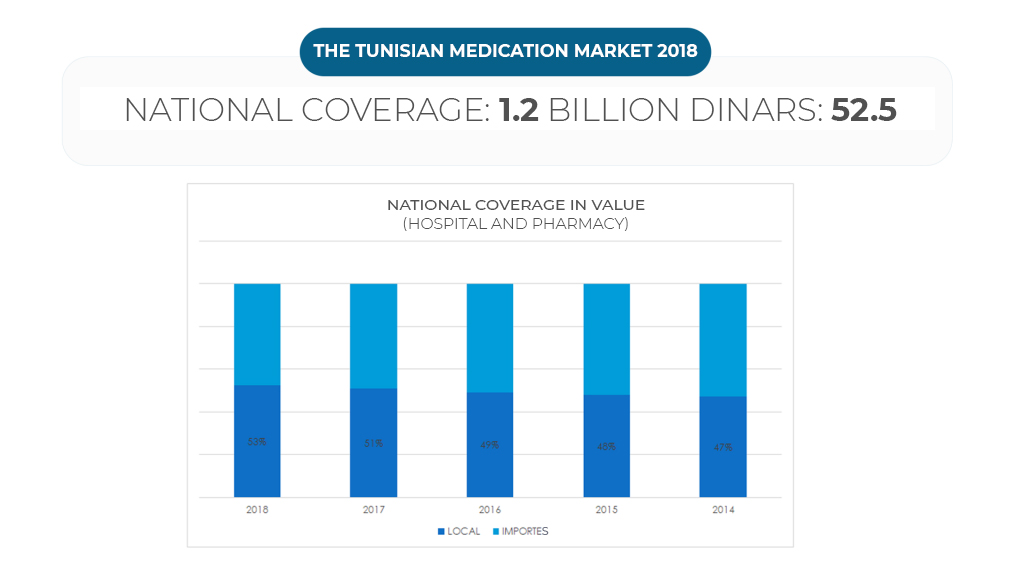 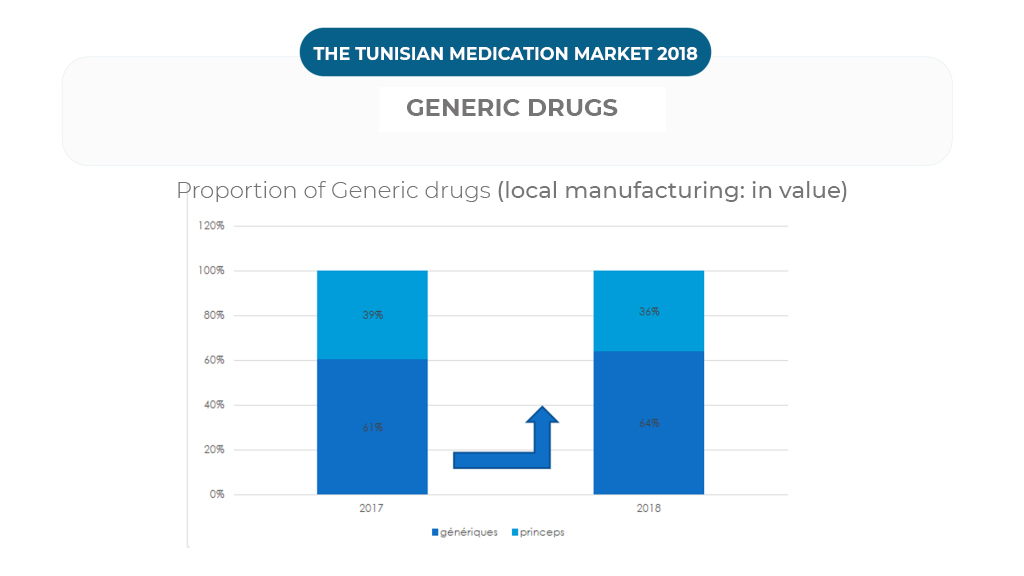 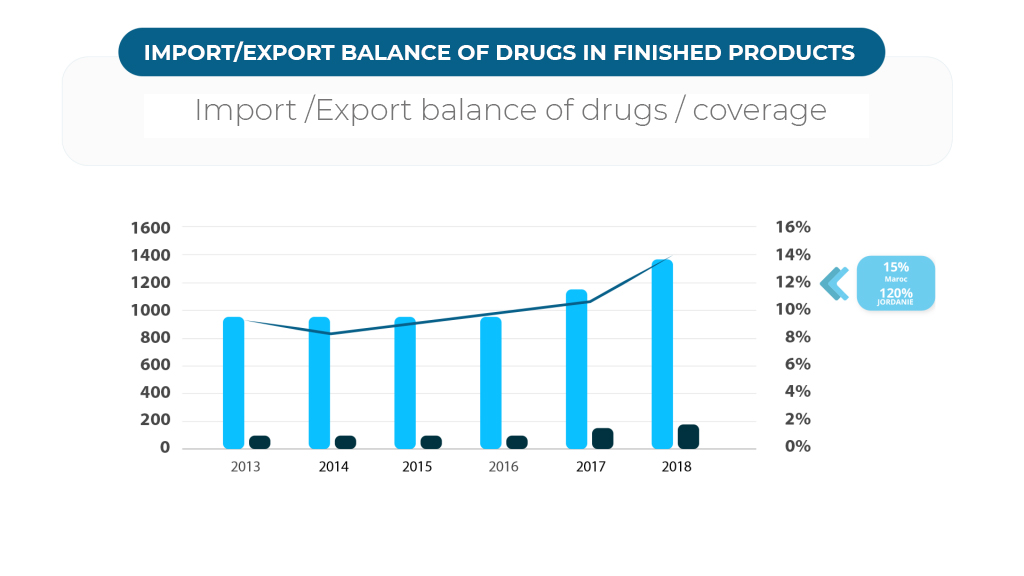 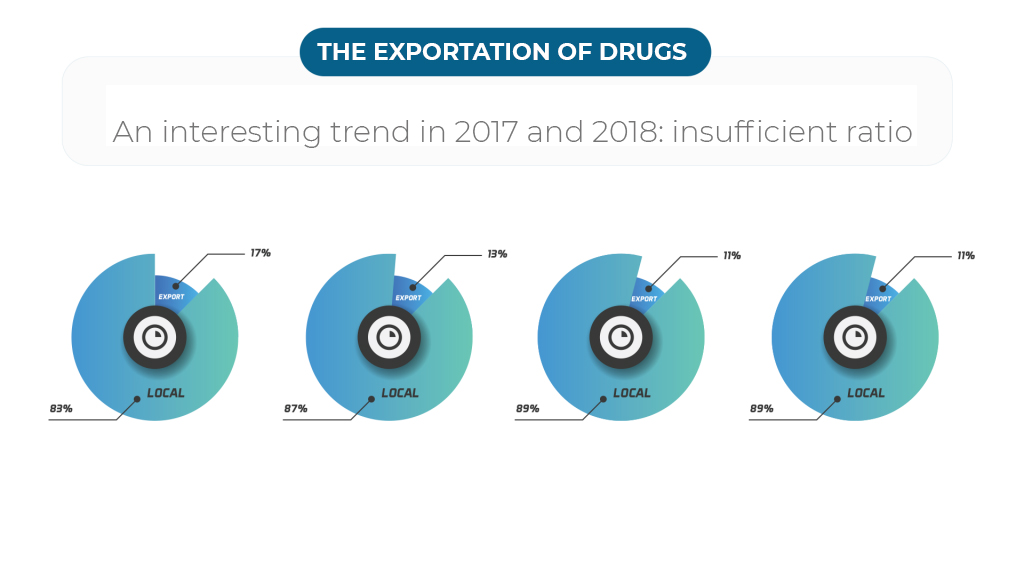 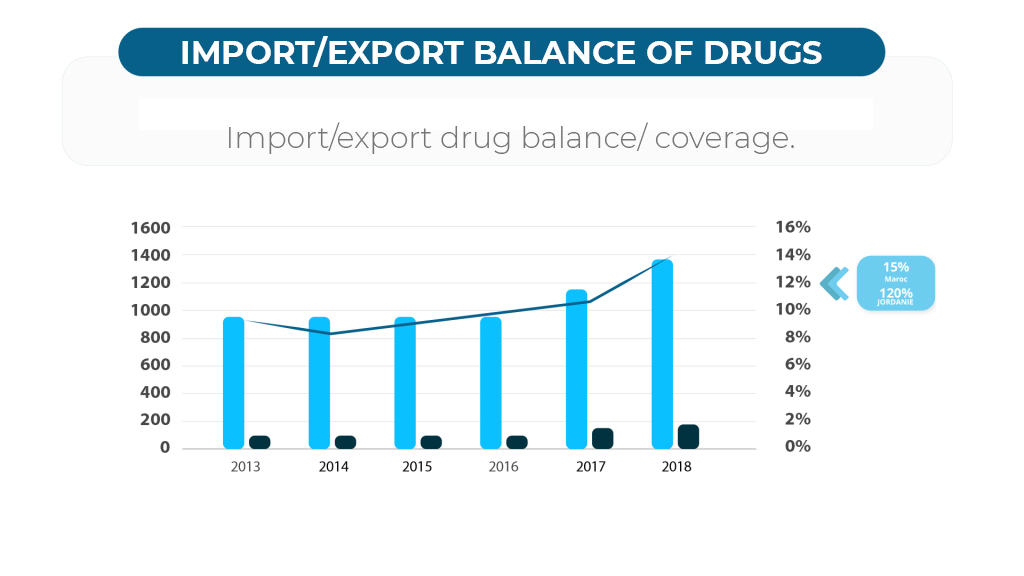 The members of Tunisia Health Alliance who are in the pharmaceutical industry sector are:

A reform establishing full time work or two afternoons of private activity in the hospital was proposed to the choice of the doctors. It was accompanied by an increase in the remuneration of the staff and an improvement of the premises and equipment, which made it possible to open the hospital to all classes of society and not only to the indigent. Many modern institutions were created as shown in the following table:

3. THE IMPLEMENTATION OF A MEDICAL EDUCATION

In 1962, the number of Tunisian physicians was 233, mainly general practitioners. There were only two graduates of French faculties. Despite this, the government decided to start a medical education. A faculty of medicine, the first faculty was established after the independence, opened its doors in Tunis in October 1964 and enrolled 59 students. In 1966, four new agrégés from French faculties joined Tunis. In 1970, 15 candidates were registered on the list of aptitude in France for the position of associate professor. Thanks to the high spirit of everyone, to the contribution of our French colleagues to whom we pay tribute, and to the thirst for knowledge of our students, Tunis awarded, in 1971, its first degree of doctor in medicine. It was unanimously agreed that the level of our graduates had nothing to envy to that of their comrades coming from France, as shown by the equivalence, at the time, of our academic years with those of the French faculties. In November 1973, Tunis organized a competitive examination for the aggregation of medical doctors in 18 specialties, with an international jury composed of 43 French and foreign French-speaking medical professors and seven Tunisian aggregates. This competition provided Tunisia with 37 new associate lecturers in addition to the 17 lecturers who had already been selected on the basis of applications

Since their establishment and until 2009, 15,488 medical doctors were graduated from 4 faculties of medicine, 2,578 dentists from the faculty of dentistry , 3,321 pharmacists from the faculty of pharmacy and the school of veterinary medicine 1,463 veterinarians. These numbers have been kindly communicated by the Deans and Directors of these institutions.

The evolution of the practicing medical staff is as follows.

This increase in medical and paramedical personnel has not failed to have an impact on medical coverage.

Tunisia Health Alliance members from the healthcare and continuing studies sector are: